skip to main | skip to sidebar

This is just an up date of everything that I've been doing in the last couple of months. 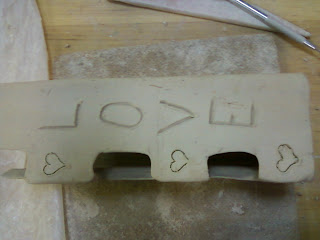 I put a different design on each side to show personalty. 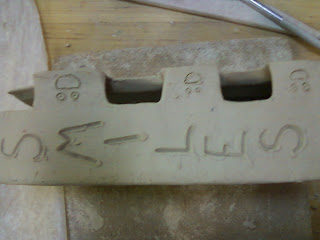 The music side is my favorite because I did a really good job on the mysic notes! I think they're cute! :D 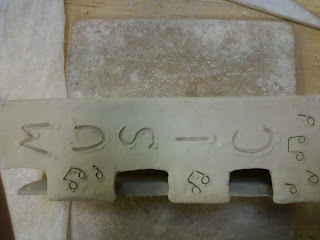 Aren't those flowers just the cutest flowers ever?! My Aunt Tiff taught me how to draw them! Thanks Anut Tiff!!! 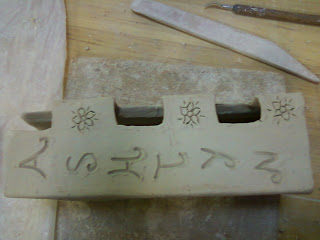 I made a vase in ceramics. This is the unfinnished project but I will have pictures of the finnished one soon. 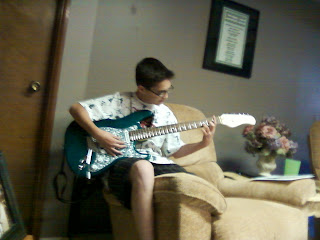 My cousin played his gituar for me. My own personal show. He's a sweety! 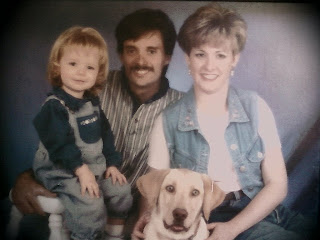 My bestest friend sent me this picture of her family when she was like 3. I just had to share it with the world. It is so FUNNY and very cute. The best part of the entire picture is her dad and if you've met him you would understand. 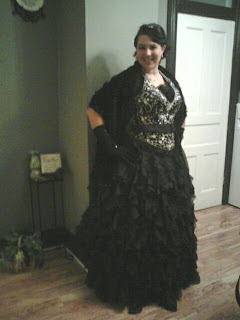 My sister went to a halloween dance thing in Logan with all of her friends and she looked BEAUTIFUL!!!! 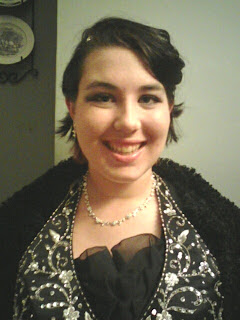 My dad fell off a ladder and hit is head on a root that was sticking out of the ground. He was 15 or 20 feet off the ground. I don't know if you can see the tree and the ladder above his head, but that's where he fell from. Well that ladder and that tree. Sorry if you don't understand what I'm saying. 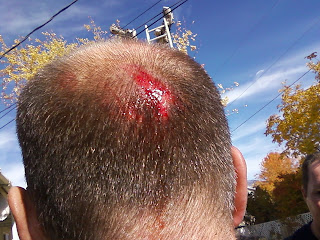 We called 911 and the medics came and looked at him. They were being very careful. They were worried that he had broken his back or neck or something to that effect. They took him to the ER and he was back within the hour. He is totally fine no cuncussion or anything. He's been really sore the past couple of days but other than that he's perfectly healthy. 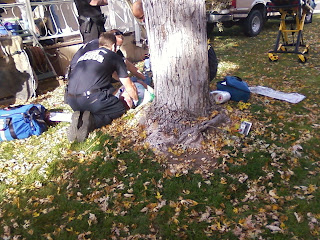 And last but not least. THESE ARE MY ADORABLE PINK SHOES!!!! Aren't they just so cute!!! 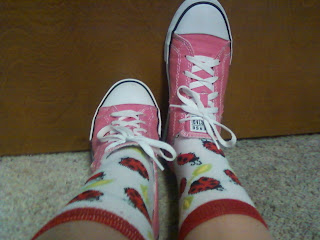 Your socks are cute to Sassy! Love you!

Heavens! I can't believe he fell! That is so scary! I'm glad your dad's okay. :) And that vase is adorable! You are a bundle of talent!!

Still laughing from that picture. My family.. oh man. (;